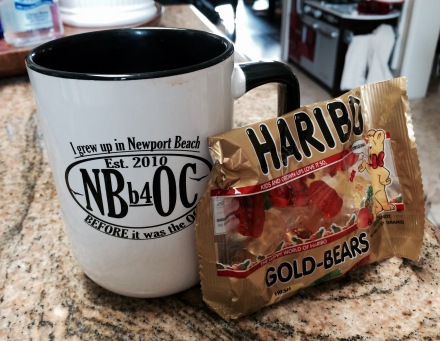 May the Fourth Be With You. I heard it at least 1000 times today.

I guarantee George Lucas and Disney never realized the Fourth has always been with me. It’s been with me since 1994.

May 4 is my late husband’s birthday. And every year it sort of kicks me in the gut. Especially now that he has been gone more years than we were together. I also find that as I approach the age he was when he died, stuff comes out of the shadows. Stuff I thought I left in my therapist’s office years ago.

The one thing my late husband feared was aging. Part of it was because he was vain (and he totally admitted it) and part of it was because I was almost 15 years younger. I never totally understood it, because like many men, he actually got better looking with age (men so get the better end of the deal on that one), but it was something he was never comfortable with.

People have asked me if I think that was part of what drove his decision to end his life. And I can, without a doubt, say absolutely not. He wanted a family. Children. A life with me. We had plans. Big ones.
What he didn’t want – for himself or us – was a life that he viewed as limited by his physical limitations and his mental health issues. Things were an epic, hard to see a bright side, clusterfuck in the end. There are so many things that were going wrong and so many things I regret.

So, when his birthday rolls around, I make a conscious effort to remember and focus on the good. The fun. What made him, well, him.

He was a man who loved to fly fish. Have snow ball fights. Play basketball. Play golf. Swim. Play tennis. Cook together. The first year we dated, most of our dates revolved around physical activities. (And as I type that I realize how he would laugh at that. Because he also had a dry, semi dirty sense of humor like me. By physical activity I mean sports. You dirty minded readers, you.)

In the last year of his life, after neck and lumbar fusions and surgery inserting pins to hold his pelvic bones together, walking around the mall became difficult. But we did our best to convince ourselves the next doctor and the next therapies were going to provide the answers and relief we sought.

He loved to help people. In business, in his recovery, with the little old lady trying to push her shopping cart across an icy parking lot. He was the one that would rush to her aid. The last year of his life, when he was so focused on his sobriety, he started, designed and ran a recovery website – so those needing support could find it easily online. He grew an amazing community in such a short period of time – I still have messages from group members who were devastated when he died.

He loved music. All kinds. He loved practical jokes. He loved to see others smile. Like all of us, he had his demons. He fought them to the very end.

He wrote amazing love letters and had amazing penmanship (people commented all the time on his beautiful handwriting). He made me feel like the most important person in the room. Like the most beautiful person he had ever seen.

He drank red eye coffees like water and was never without a bag of Haribo Gold bears on his person.

So, today, I really tried to focus on all of that. I gathered up the force of the fourth and let it sustain me as I went about my mommying and lawyering and adulting day – while remembering that more years than he would like to admit ago, the universe was given an amazing gift in him.

One thought on “May the Fourth Be With You ”